I'm currently working on a larger drawing that follows the mechanics of my "Organic Circuit" drawing.  I have connected multiple circuits by translating the Cartesian coordinates of circles and ellipses onto contrasting perspectival planes.  The result is a complex interlace design.  If you follow the circuits with your finger, you can actually wrap around the whole composition in a closed loop!

Now that I have completed the composition, I am working on the value pattern that will serve as the underdrawing for the painting.  This will be the first piece in my Circuit Topology Series that I will paint!  I plan on using fluorescent orange as my ground color and taking my palette from images of titanium quartz.  I imagine this image as dark and shiny, but with a vibrant undercurrent that allows it to move beneath the surface.

After programming my tool path preview into V-Carve, I realized that the project I wanted to complete using the CNC router would have been too time consuming and lacking in detail.  Since I wasn't willing to compromise my original design and use a larger router bit, I decided to table the process altogether.  Although it is nice to have acquired the skill of using a CNC router, I will be finding other ways to complete my new series of wood panels that are simpler and more streamlined.  I will post updates as that process develops in the coming months, so stay tuned!

On a side note, I also have a new idea to use Google maps in a project centered on the topics of elevation, micro/macro, and space.  I think it would be really fun to use Google maps as a means of zooming between layers of digitally realized landscapes.  The thought of mashing various elevations together onto contradicting surfaces really speaks to my interest in tectonics, territory, and cyberspace.  I also enjoy the prospect of returning to representation and getting more painterly with my surfaces.  Perhaps I can combine the roughness of painted physicality with the smoothness of anamorphic geometry?

While in Austin, I have been networking with artists and galleries on the East Side and am considering getting a studio in the near future!  Ideally, I would like to get into a nice space where other artists are practicing nearby.  I'm considering a few spaces and will add more updates as my intentions become clearer.  Recently, I have been accepted into an artist residency called Starry Night out in Truth or Consequences, New Mexico.  Starting in mid-July, I will be working for a month and a half while surrounded by beautiful hot springs and desert canyons!  I hope to produce some new desert-inspired pieces during my stay.  I have also applied to residencies in Marfa, Texas and Berlin.  Wish me luck as I am being considered for these programs! 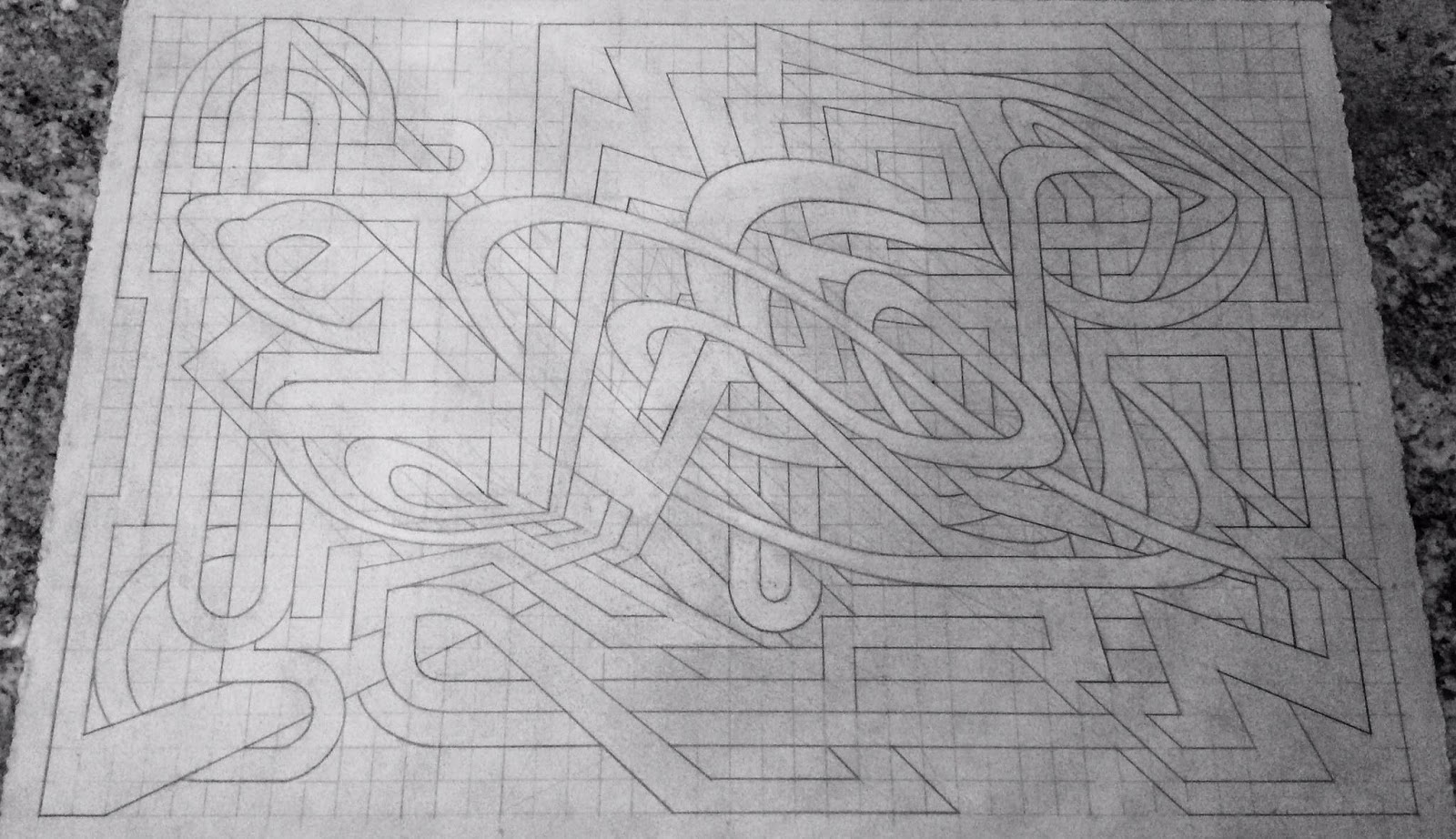 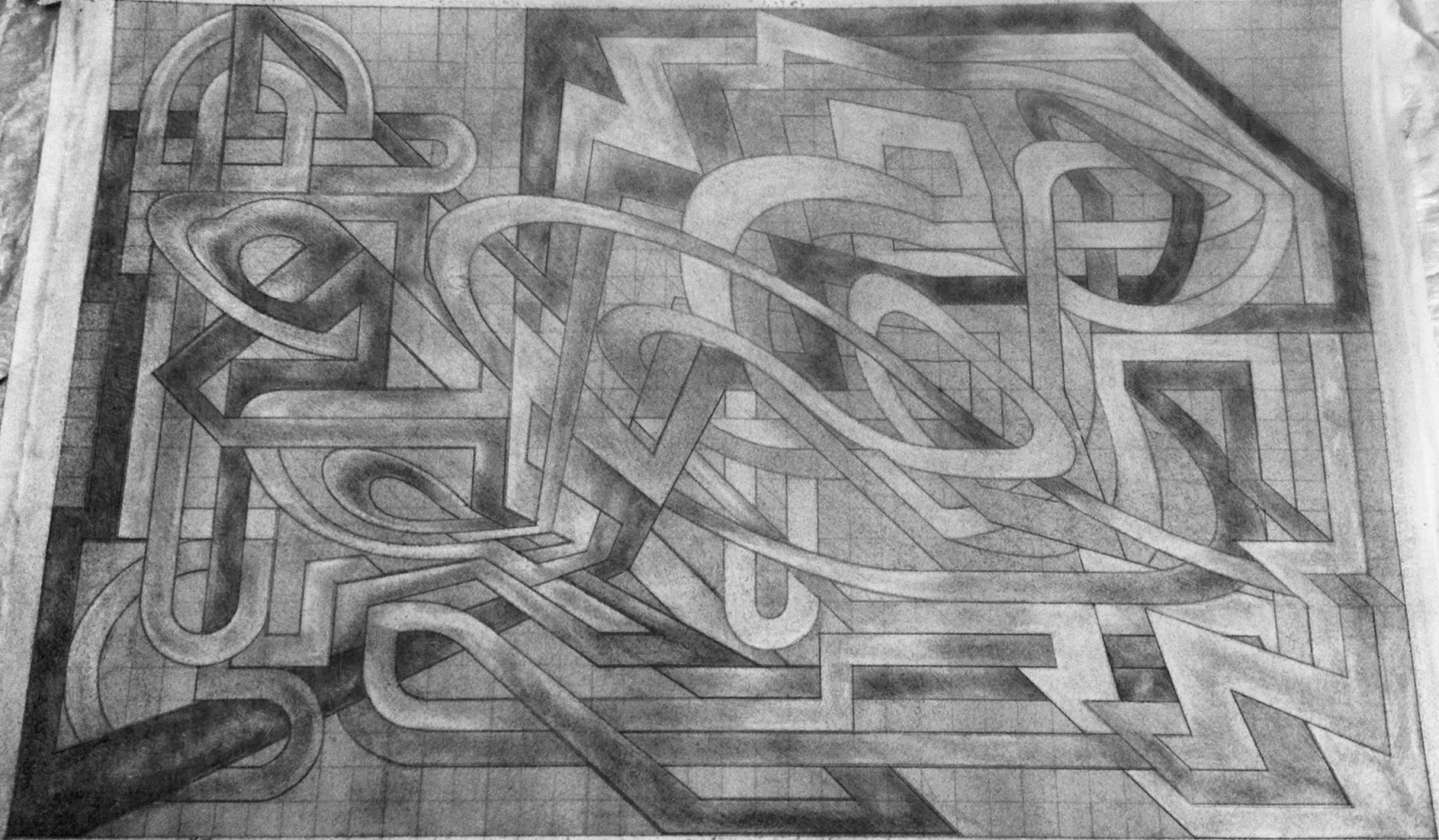 The underdrawing in process... 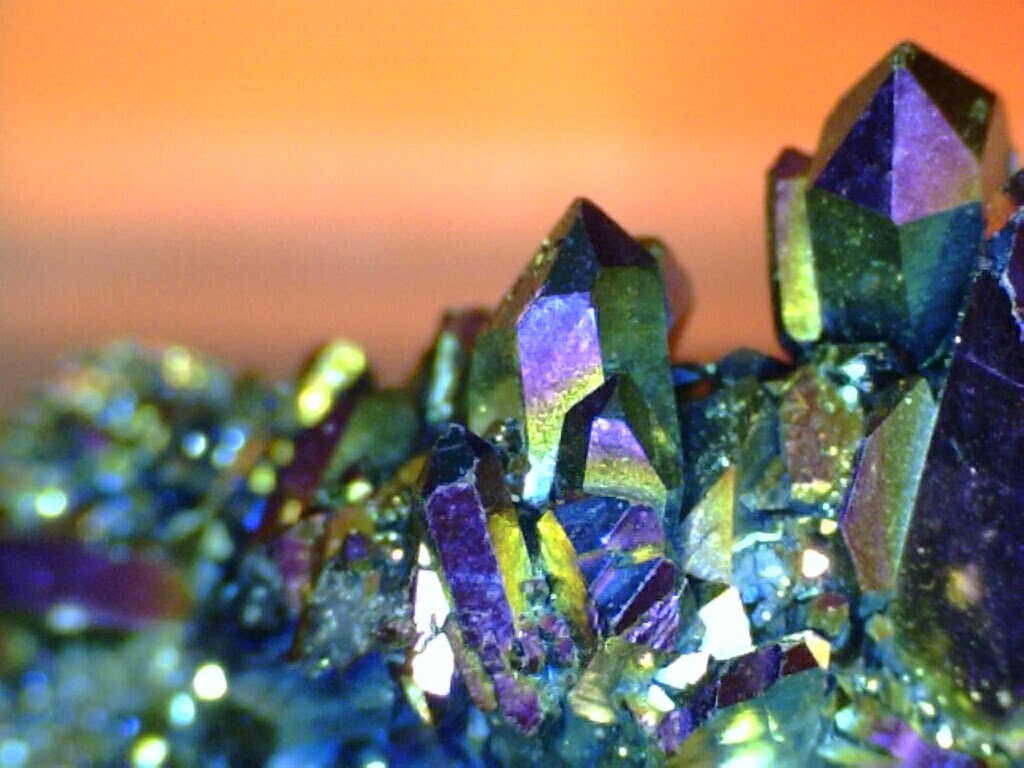 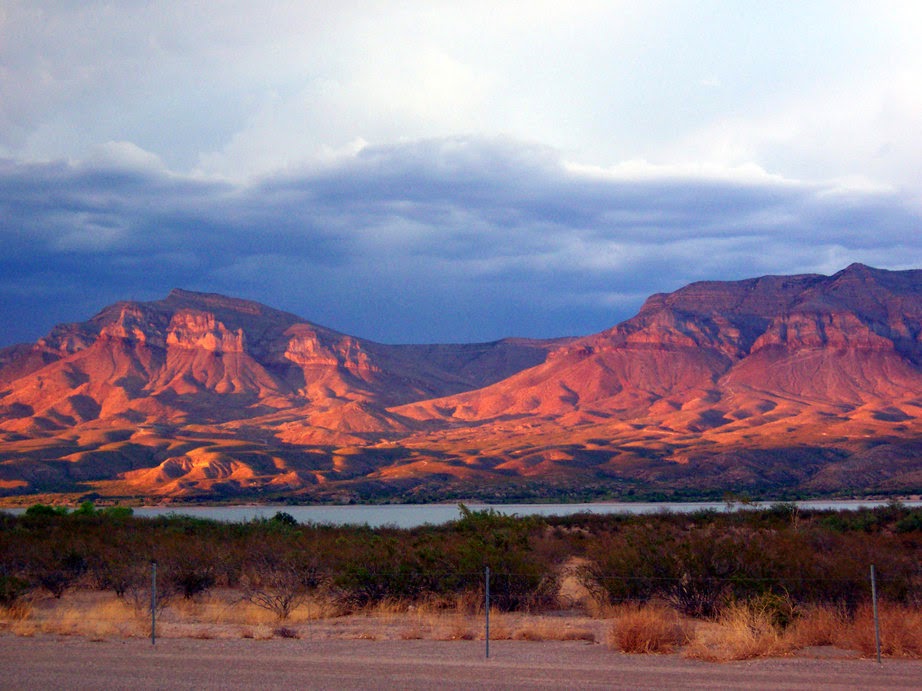