I just had an interesting observation to share: Walter Russell.  Oh my Force...
During my artist residency in New Mexico, I meditated by floating in the nearby lake and envisioning geometric systems from the water's currents.  Inspired by my vision, I drew a Fibonacci circle system to describe a self-similar progression of interconnected circuits based on drainage patterns.  This eventually led to my "Topolograph" composition, which is scheduled for completion next year.  Today, I saw Walter Russell's diagrams of octave-wave progressions on Pinterest and was shocked to see he used the same geometry that I had discovered in New Mexico!  Could there be a link?  I don't know, but perhaps I have found yet another soul mate through the sands of time. 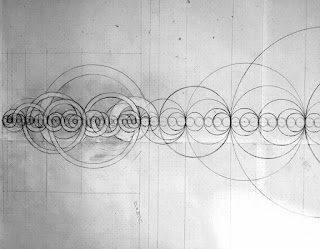 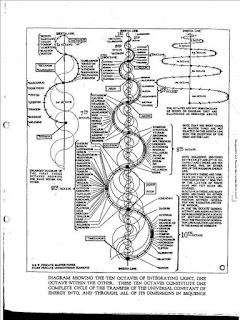